How To Survive Chronic Illness? 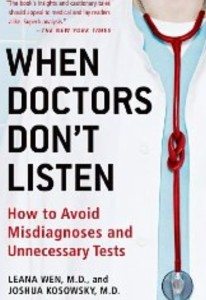 Learn How To Talk To Your Doctor

How To Survive A Chronic Illness:

It was a light bulb moment, the light switch went on when I realized I have survived life with a serious chronic illness because I am OK with failure. Most of my daily medication has been derived from the failure of what types of medications work best with my body. I am able to accept failure with

I do realize that along with each of my countless failures sprung a small layer of success. Each failure taught me to reflect, change course or apply a different strategy.

My younger self wanted to be showcased and I was often a product of self-induced failure. As the years past I still often fail but not due to lack of effort.

My older self-looks at failure as a step towards victory, success. I realize you can not always move forward without failure.

Failure provides a person with numerous opportunities; the chance to question, the opportunity to change, to be humble and to learn.

Without the lessons from my failures, I could not be able to question my diagnosis, learn alternative approaches to healthcare and realize tomorrow’s course may change.

With my failures, I have learned I am able to have hope and success.

A member of an online group I belong to sent me a YouTube Video of Dr. Leana Wen speaking to a large audience at TED Talk conference. As soon as I watched the video I was an awe with Doctor Leana Wen and the information she candidly shared. The following are links to different YouTube videos she has created.

The following are links to different YouTube videos she has created.

I have also included the link to a Best Selling book she has co-authored with Dr. Joshua Kosowsky. I was not surprised when I discovered this talented woman was appointed to be Baltimore City Health Commissioner.

What Doctors Will Not Disclose
Turning Fear Inside Out
Liberty, democracy, equity, and justice in healthcare

Dr. Leana Wen’s Highly Regarded Book About Patient Care.
“When Doctor’s Don’t Listen” How to Avoid Misdiagnoses and Unnecessary Tests is a best-selling book loaded with easy to read information that may save your life! This book gives you the tools to learn how to be heard by your doctor.

I have watched and read many of the works of Doctor Leana Wen and I applaud her courage to share the secret most doctors do not want you to know. One of the secrets is a four letter word and the word begins with the letter F.

Fail is the four letter “F” word that most doctors do not want you to know they are concerned about. Most doctors are talented, brilliant students who have experienced academic success most of their life. So, when it comes to doctors managing the well-being of their patients they want to succeed.

Many times the best success occurs after a person has learned from failure and doctors are not usually accustomed to academic failure.

I have realized most doctor’s fail the first, second and even third time when trying to diagnosis a Zebra (a person who is thought to have a common place aliment but suffers from a rare disease). My wide range of medical symptoms, my diseases have not followed medical books and have challenged the most brilliant doctors.

Along with my two rare diseases my HypoGal body plays host to some common chronic aliments.

I understand how a doctor may not be accurate on a rare disease diagnosis the first, second or even third time. However, the medical system needs change. Patients need to learn how to better advocate for themselves and doctors need to have the time to listen to their patients.

From a patient’s point of view, I admire most doctors. My academic endeavors do not remotely resemble the academic road doctors have traveled. My journey as a patient has driven me towards medical specialists that are willing to say, I don’t know, that’s odd, I have never seen that before and I am going to try to help you.

Somewhere along my HypoGal medical journey, I realized that sometimes doctors fail but that is how medicine moves forward with success.

I have succeeded because I have learned how to survive a chronic illness. Cheers to failure!

Click here to read more about HypoGal and Everyday Life