Where To Find Hillary Clinton’s Emails 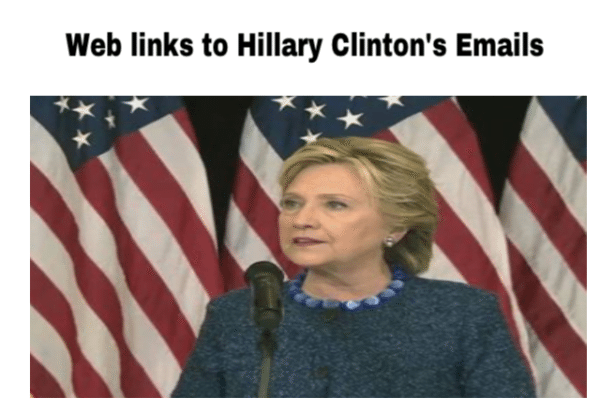 You can read over 30,000 of Hillary Clinton’s emails on this Wikileaks web link.

Here is the link to Hillary’s In Box.

I can not confirm that Hillary’s Clinton’s emails have not been altered.

I believe in the right to individual privacy. However, I feel since Hillary Clinton chose to commingle her private and public emails on public servers her expectation to privacy is null.

Furthermore, a government official should not be able to bypass government regulations and set up their own private email servers. Hillary Clinton’s email scandal reeks of corruption.

Hillary Clinton is a brilliant legal scholar who knows the difference between right and wrong.

I hope you have found, Where To Find Hillary Clinton’s Emails helpful.

Most of HypoGal’s Blog center around shortcuts to living with a chronic illness.

You can click, on this web link to be directed to the HypoGal Blog.