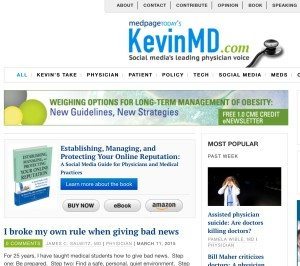 Insight From A Doctor

Healthcare From A Doctor’s Point Of View

I belong to several online health forums. I have posted on some of these forums for over a decade and number members/posters have become my sounding board, filled me with empathy and provided me with insightful knowledge. There is a doctor that sometimes participates in one of my online groups. She recently posted an insightful post, Healthcare From A Doctor’s Point Of View. The article she shared is titled, Dear Patients: My Skill Set No Longer Matches Your Needs by Jordan Grumet, MD.

The articles sums up the frustration of a doctor trying to help his patients. It is a reminder of how often physicians have turned into paper shuffling, insurance form fillers whom often only receive a small co-payment that does not begin to cover their office expenses. Doctor Jordan Grumet offers his medical experience through his article, Dear Patient: My Skills Set No Longer Matches Your Needs. I could feel the frustration in Doctor’s Grumet’s words as I read his article:

To the man stranded in the hospital with a pelvic fracture, I wanted to say I’m sorry. Contrary to what you have been told, it was not I who gave the order to make your admission an observation. In fact, I did just the opposite. I had clicked the full admission order while doing the requisite computer work after seeing you that first night in the hospital. But the next day, I received a call from a physician in a distant city who has been paid by the medical center to review such cases. Although he reluctantly admitted that he is a pediatrician who doesn’t even take care of adults, he has been given the power to interpret Medicare rules and has decided that you don’t qualify for inpatient status. Unfortunately, it is of little interest to Medicare or this physician, that you are non-ambulatory and that your wife is too frail to lift you. If you want to go to a skilled facility to strengthen before returning home, you’ll have to pay for it yourself.

The website I located Dr. Jordan Grumet’s article is KevinMD.Blog.com. I am a new subscriber to KevinMD.Blog.com and I have been enlightened by a doctor’s point of view in numerous posts. The have found the following posts interesting:

Providing health care to the poor: It’s time to get creative by Kenneth Lin, MD. March 10, 2015

I am not a doctor, I have no medical background or experience. But as a frequent doctor’s patient I find it extremely unfortunately that so many doctors are overwhelmed with the clerical details of insurance forms and they do not have enough time to practice the art of medicine.  Something has to change.